Thanks for checking out the Calvary family! We want to help you find answers to your questions and discover what makes Calvary a strong community of faith where you can find support for life’s journey! Read below to discover who we are as a church.

OUR MISSION
OUR VALUES
OUR BELIEFS
OUR HISTORY

BUILDING RELATIONSHIPS TO BRING PEOPLE TO DYNAMIC LIFE IN CHRIST

We are made for relationships. Loneliness was the first thing God said was not good; we are created for relationship with God and with people. Building relationships is the key to finding and fulfilling God’s purpose for our lives, and is an essential part of Calvary’s mission. Life is better together! 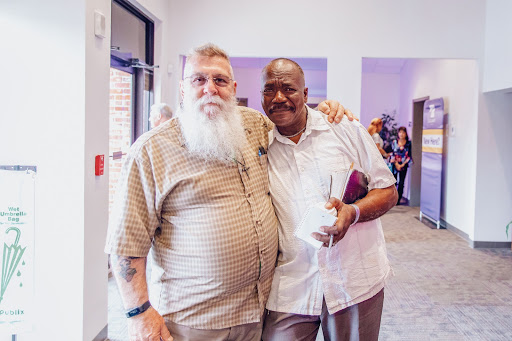 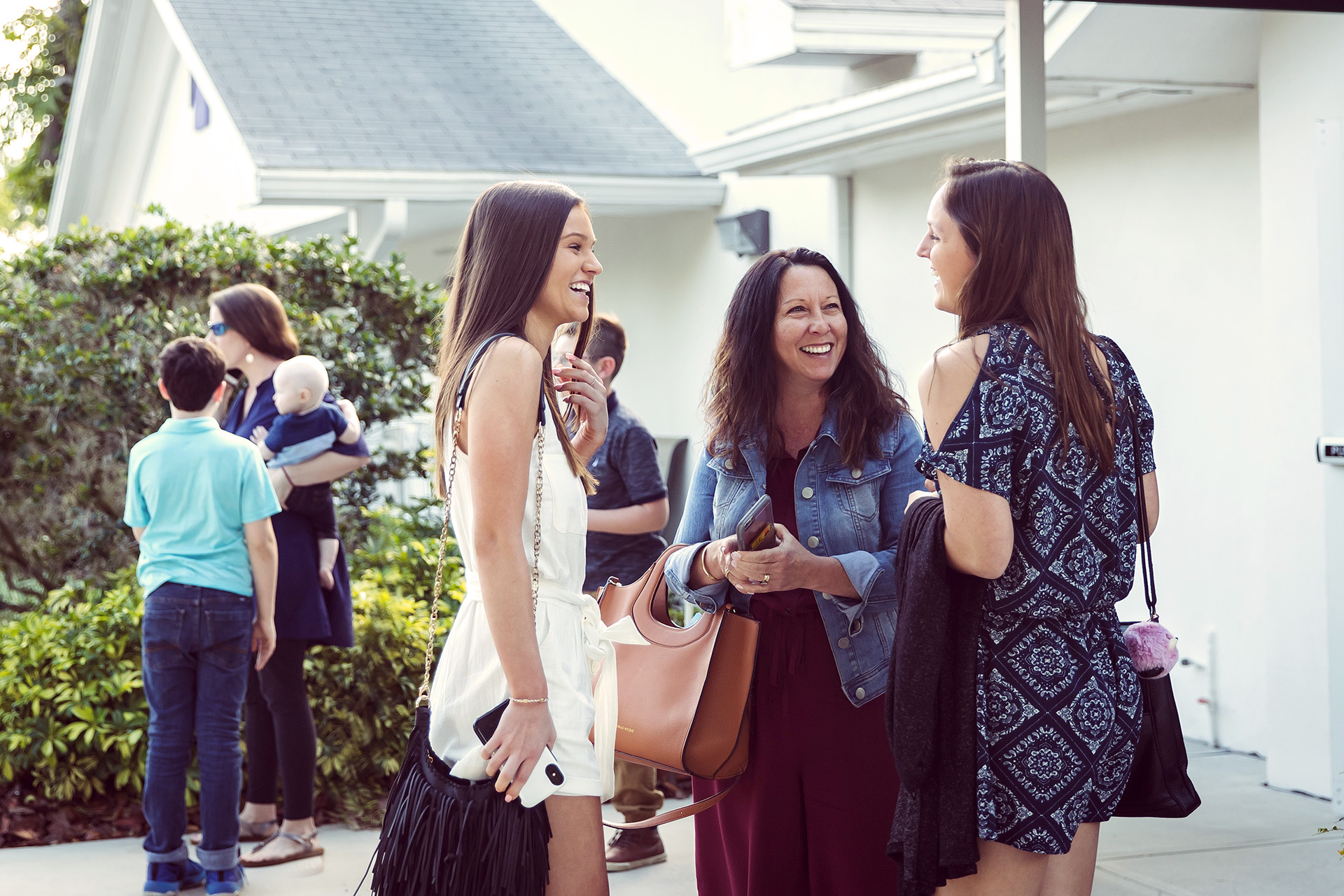 Come and see for yourself! That was Phillip’s invitation to his friend Nathanael in John 1:45-46. That simple invitation resulted in a changed life. Our church is a place where people can come see, hear, and experience for themselves. They can witness a loving community. They can hear the truth in a clear way. They can experience the power of forgiveness and hope. Calvary seeks to create an environment where people feel comfortable coming and bringing others to learn what God desires for their lives!

…TO DYNAMIC LIFE IN CHRIST

Jesus said, “I came that they might have life, and might have it abundantly” (John 10:10). We are made for a life of purpose, fulfillment, meaning, and joy. Jesus alone can give us dynamic life. When you form meaningful relationships and learn how to talk to, listen to, and walk in obedience with God, your life is forever changed for the better. Our mission is to help you discover dynamic life in Christ! 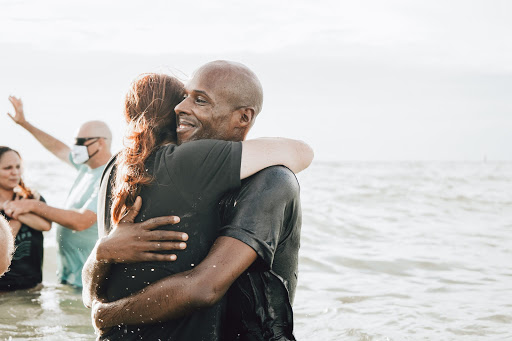 There are 3 core values that we want to permeate every ministry and every activity at Calvary.

We teach the Bible.

We love our neighbors.

These 7 doctrines are foundational to our understanding of the historic Christian faith and essential convictions for our unity as a church body. These statements are summaries, in large part, from a broader statement of faith, known as the Baptist Faith & Message. This is a historic statement of what most Baptists believe, and more importantly a faithful witness to scriptural doctrine.  If you are interested in reading further or discussing one of these foundational doctrines, we encourage you to consult with one of our pastors.

The Baptist Faith and Message 2000 is the official doctrinal statement of our church. You can read that statement in its entirety here.

There is one and only one living and true God. He is an intelligent, spiritual, and personal Being. He is the Creator and Ruler of the universe. He is all powerful, all knowing, and all loving. He is holy and perfect in every way. God has eternally existed and revealed Himself to us as Father, Son, and Holy Spirit. Genesis 1:1,26,27; 3:22; Psalm 90:2; Matthew 28:19; I Peter 1:2; II Corinthians 13:14

Jesus Christ is the eternal Son of God. He became a man, supernaturally conceived and born of the virgin Mary. Jesus perfectly revealed and did the will of God without sin. He fulfilled God’s plan by His substitutionary death on the cross, making provision for the redemption of people from sin. He was raised from the dead and then ascended into heaven and is now exalted at the right hand of God. He is the one mediator between God and mankind, and He will return one day in power and glory to judge the world and finish His redemptive mission. Matthew 1:22,23; Isaiah 9:6; John 1:1-5,14; 14:10-30; Hebrews 4:14,15; I Corinthians 15:3,4; Romans 1:3,4; Acts 1:9-11; I Timothy 6:14-15; Titus 2:13

ABOUT THE HOLY SPIRIT

The Holy Spirit is the Spirit of God, fully divine. He is present in the world to make people aware of their sin and their need for Jesus. He lives in every Christian from the moment of salvation. He provides the Christian with power for living, understanding of spiritual truth, and guidance in doing what is right. II Corinthians 3:17; John 16:7-13; 14:16,17; Acts 1:8; I Corinthians 2:12; 3:16; Ephesians 1:13; Galatians 5:25; Ephesians 5:18

The Bible was written by men, was divinely inspired, and is God’s revelation of Himself to man. All Scripture is totally true and trustworthy. It is God’s Word to us. It is an accurate revelation of God and what He wants us to know. It is the supreme source of truth and the supreme authority for Christian beliefs and living. II Timothy 3:16; II Peter 1:20, 21; II Timothy 1:13; Psalm 119:105; 160; 12:6; Proverbs 30:5

People are the special creation of God, made in His own image. By free choice, man has sinned against God and brought sin into the human race. The sin of mankind has affected every person and everything on our planet. Human beings are in need of forgiveness and redemption. Salvation is the redemption of man through the person of Jesus Christ. Salvation occurs through faith in Jesus Christ. When a person places genuine faith in Jesus, they are, by God’s grace, made spiritually alive, righteous in their moral standing before God, and are indwelt with the Holy Spirit, who guarantees the work of salvation until it is complete.

The Kingdom of God describes the sovereign reign of God over the universe and the particular rule of God in the hearts of people. God’s purposes and plans will be finally and completely accomplished. The Church is an expression of God’s kingdom as a local congregation of believers who fellowship together to fulfill God’s purposes in the world. The Church is the body of Christ, and each believer is baptized into His body. Each believer is given a gift for use in the body of Christ and called to work in harmony with other believers to fulfill God’s plan on the earth.

God, according to His plan, will bring the world to its appropriate end. According to His promise, Jesus Christ will return personally and visibly in glory to the earth and Christ will judge all men. The unrighteous will be consigned to Hell, a place of everlasting punishment. The righteous, through Christ, will be resurrected, glorified, and will receive their reward and will dwell forever in Heaven with the Lord. John 3:16; 2:25; 5:11-13; Romans 6:23; Revelation 20:15

Founded on March 25, 1866 as Midway Baptist Church, Calvary was the first church in Clearwater and the first Baptist church in Pinellas County. The first building was a log cabin located on the site of the present Clearwater cemetery.

Throughout Calvary’s rich history, the church has experienced many transitions, including several name changes, and has been served by generations of pastors.

In 1923 we adopted the name Calvary Baptist Church of Clearwater. In 1926, Calvary occupied its building in downtown Clearwater that was destined to become a landmark for generations. Membership at that time was 400.

Calvary’s ministry in downtown Clearwater flourished and grew throughout the 20th century. Calvary had the privilege of serving our community by starting new churches, including Indian Rocks Baptist Church, and many ministries, including Calvary Christian High School.

Desiring to reach more people for Christ, Calvary began preparing for its future in 1999 by acquiring land for a new campus (now known as our Clearwater campus) at McMullen Booth and Drew. Calvary relocated to its new ministry home in December 2005.

In 2013, Calvary launched its second campus, our East Lake campus, in order to reach more people with the message of the gospel.

In 2017, Calvary launched its third campus, our Seminole campus, as part of the X150 movement to multiply our church’s influence.

Calvary’s history reminds us of our timeless mission; to build relationships to bring people to dynamic life in Christ.